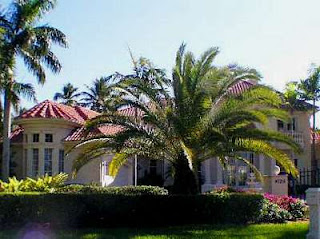 Statistics compiled by NABOR show a dramatic increase in overall sales with inventory diminishing in Collier County, which is an encouraging sign that the favorable market conditions are moving buyers.
2009 showed a series of strong pending and closed sales for each consecutive month with double-digit increases over the 2008 sales figures. Overall pending sales in 2009 increased 71 percent with 9,513 contracts, compared to 5,567 contracts in 2008. Overall closed sales significantly increased with 7,056 sales in 2009, compared to 4,756 sales in the previous year.
Inventory continues its steady decline as the housing market improves. According to Mike Hughes, NABOR Media Relations Director, and Vice-President of Downing-Frye Realty, “All price ranges showed a decrease in inventory. The decrease varied from nine percent in the below $300,000 range up to 25 percent in the $300,000 to $500,000 range.”

The report provides annual comparisons of single-family home and condo sales (via the SunshineMLS), price ranges, geographic segmentation and includes an overall market summary. The statistics are presented in chart format, along with the following analysis:

Excluding the $300,000 and under segment, comprising a majority of foreclosure related property sales, the overall median price for the market declined only 7 percent from $565,000 in 2008 to $525,000 in 2009. The median refers to the middle value in a set of statistical values that are arranged in ascending or descending order, in this case prices at which homes were actually sold.

The fourth quarter of 2009 showed overall pending sales increasing 92 percent with 2,455 contracts, compared to 1,276 contracts in the same quarter of 2008.

According to Mark Weber, Broker & Owner of White Sands Realty in Naples, Florida, “these are all positive signs of a great year to come for Naples real estate in 2010. If you think about your home purchase too long, you’ll be kicking yourself for missing this buyer’s market. It will end a lot faster than it started and there won’t be any forewarning. These types of statistics are your signal to make a deal now.”